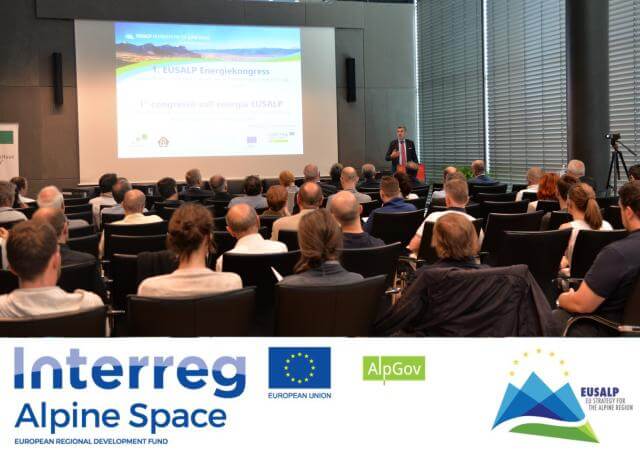 Energy efficiency in small and medium size enterprises: An opportunity for the energy model region EUSALP

Programme of the event

Dott. Herbert Dorfmann - Representative for the Autonomous Province of South Tyrol in the European Parliament since 2009. Before, Mr. Dorfmann studied agronomy and worked, among others, at the department for agriculture of the Chamber of Commerce in Bolzano, and as Director of the Südtiroler Bauernbund (South Tyrolean Farmers’ Association). In the European Parliament, he is a member of the Committee for Agriculture and Rural Development and a deputy member in the Committees for Environment, Public Health and Food Safety, as well as for Economic and Monetary Affairs. He is a co-founder of the group “Friends of the EUSALP”.

Prof. Federico Testa - President of ENEA (Agenzia Nazionale per le Nuove Tecnologie, l’Energia e lo Sviluppo economico sostenibile) since 2016. Since 2014, he has been Commissioner of ENEA. In 2013, he presided the Scientific Committee of the Smart Energy Expo. He is head of the Business Administration Department of the University of Verona and Professor for Economics and Business Management, at the University of Verona. He researched extensively on the subject of processes in small and medium-sized enterprises. Federico Testa studied Business Economics at the University of Padua.

Dr. Rupert Pritzl - Works at the Bavarian State Ministry for Economy and Media, Energy and Technology, where he is responsible for the area of energy efficiency in enterprises/ energy efficiency networks at the department for renewable energies and energy efficiency. He has studied economics, romance studies and philosophy and has previously worked for the Bavarian Ministry for Economic Affairs in the areas of foreign economy and medium-sized businesses, as well as in public affairs of Bayern LB and in the area of European Policy and International Relations at the Bavarian State Chancellery.

Mag. Petra Lackner - Works for the Austrian Energy Agency as a scientific collaborator for national and international projects, which aim at enhancing energy efficiency in enterprises since 2005. Since 2008, she has been responsible for the klimaaktiv programme “energy efficient enterprises” of the Austrian Ministry for environment, and since 2015, she has been head of the center for “Trade and Industry”. Lackner studied Environmental System Sciences and Business Administration at the Karl-Franzens University in Graz.

Leo Tiefenthaler - President of lvh/apa Association of Craftsmen and small enterprises and board member of the South Tyrolean business association SWREA.

Dr. Dipl.-Ing. Ulrich Santa - Director of the Agency for Energy South Tyrol-CasaClima since 2012 and Leader of Action Group 9 “Energy Efficiency and Renewable Energies” of the EU Macro strategy for the Alpine Region since 2016. He studied computer engineering at the Technical University of Vienna and completed his PhD at the Institute for structural engineering at the Vienna University of Natural Resources and Life Science, where he worked as a lecturer afterwards. From 2005 to 2009, he was responsible for the areas of informatics, telecommunication and telematics at Brennerautobahn AG in Trento.